Glowing in the Dark 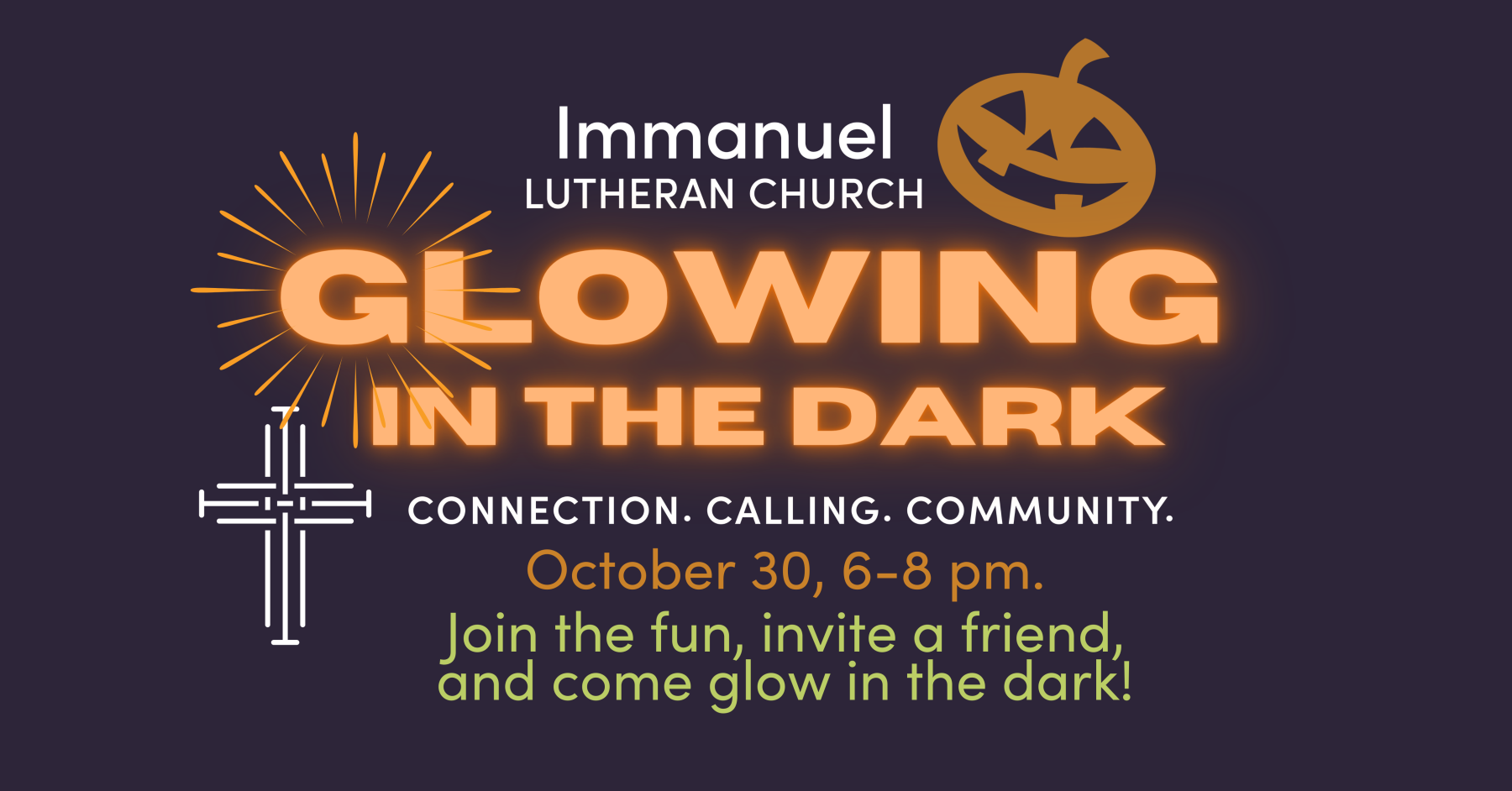 Immanuel Lutheran Church is offering for the whole community a fun, safe, socially distanced start to your Trick-or-Treating this Halloween! In our school parking lot, there will be a glow-in-the-dark path where several Bible characters and their own carved pumpkins will be waiting to share their story with you and give you some pre-packaged candy along the way! If you are looking for a fun, friendly, and safe way to begin your Halloween weekend, bring some friends and come journey with us through the Biblical story this October 30th from 6-8 pm in the School parking lot!

Donations of individually wrapped candy are now being accepted and can be dropped off in the church office. Thank you.

PUMPKIN CARVERS ARE NEEDED! One for Each of the Themes below:

SIGN UP HERE to carve a pumpkin for this event.  Please read descriptions below before signing up. Thank you.